Looking for gluten free beer in Worthing? We have some right here at The Corner House 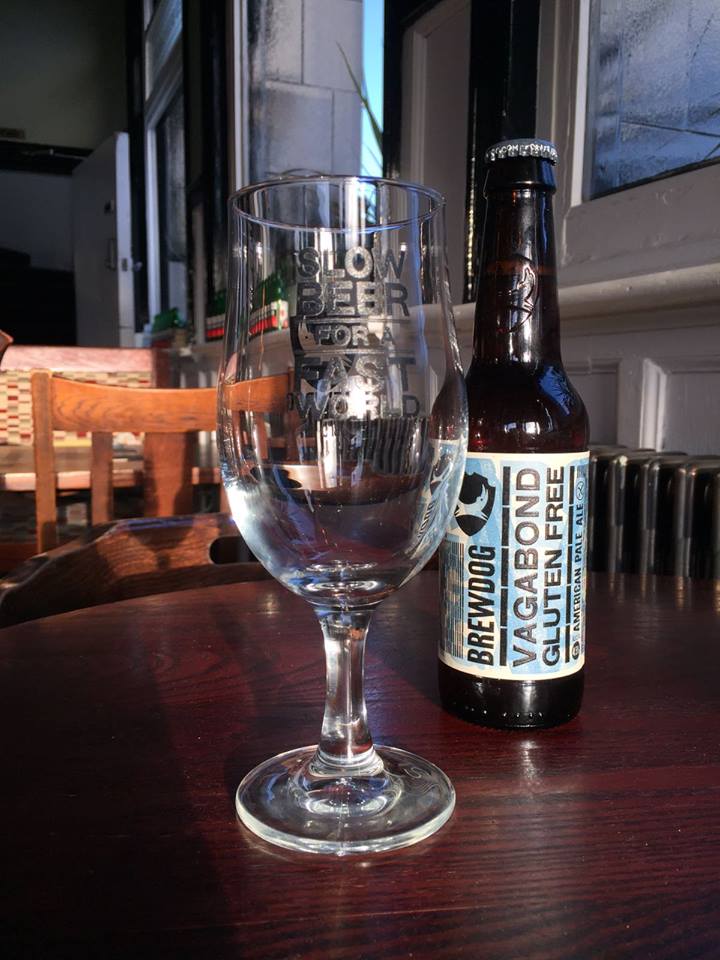 Coeliac disease, a fairly common condition in the UK, is where the digestive system becomes irritated and inflamed by food and drink products containing gluten. Gluten is a dietary protein found in wheat, barely and rye, which puts items like bread, cakes, pasta, and, believe it or not, beer off limits to sufferers. So, it’s good news for gluten intolerant beer drinkers that BrewDog have stocked The Corner House with their gluten free beer in Worthing, called Vagabond.

Founded in Scotland, BrewDog is a multinational brewery who push the boundaries of beer, and win plenty of awards for their efforts in the process. They produce bottled and canned ales, stouts, IPA’s, and lager, so they know what they’re doing when it comes to a quality brew. Vagabond is a delightful pale ale, brewed ‘with 100% malted barley, American hop varieties, pure Scottish water and their clean-fermenting house yeast’.  This means it’s gluten free, as well as deliciously tropical.

Whether you’re looking for gluten free beer in Worthing, or just fancy sampling this world famous brewer’s latest offering, pop by The Corner House and ask for Vagabond.